This story is both exciting and sad but must be told to bring awareness. I had an incredible opportunity to hop onboard the airplane used for research by the Elephants Without Borders team. During my flight through the Okavango Delta (a vast inland river delta in northern Botswana) I was given a rare opportunity to listen and observe the accounts of not only the conservation efforts but also the struggles against poaching in Botswana.

***WARNING*** – Some of the pictures on this page are very graphic and difficult to see. They are intended to bring awareness to the mass killings of elephants and other animals in Botswana and other parts of Africa. 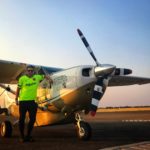 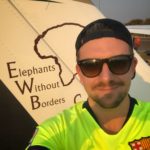 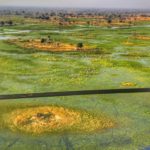 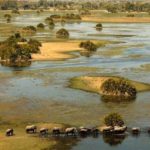 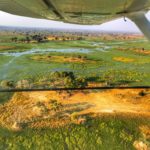 We’ll start with a bit on the light side and introduce this amazing group and highlight what exactly they do. Since elephants don’t use passports, the notion of elephants and conservation without borders is crucial for preserving biodiversity and a healthy landscape. Using African elephants as an inspiration, EWB strives to identify wildlife migratory corridors, secure wild habitats and elevate conservation of all wildlife. The largest mammal that walks the earth is now leading the way to help save vast areas of wild lands and the biodiversity they support.

What does Elephants Without Borders Do?

EWB use state-of-the-art technology, to monitor the movements, status and behavior of wildlife, addressing complex issues regarding wildlife ecology through research studies and sharing the results with decision makers and local communities. Sharing this information allows us to work towards securing key habitats and migratory corridors for wildlife to flourish. EWB also provides advisory services to governments, the private sector, local communities, researchers, journalists, and film-makers.

Unfortunately, not all stories have a happy ending. I spent some time listening to the horrific finding of the crew when they fly over or land in certain areas. Mass killings of elephants, rhino, and many other animals are a real struggle. Although great efforts have improved the poaching condition, there still remains mass killings. Below is an excerpt from PoachingFacts.com:

Botswana is presently home to roughly one-third of Africa’s largest elephant species and is a popular destination for tourists seeking the scenery of the ancient Kalahari Desert and the huge concentrations of wildlife in Chobe National Park. In the past Botswana has faced severe poaching problems and within the last several years has made significant investments in the protection of its wildlife; wildlife relocation to safer internal areas; translocation of wildlife from dangerous areas of South Africa by the Rhino Without Borders campaign; wildlife monitoring through governmental and non-governmental organizations; and support of its tourism industry.
PoachingFacts.com 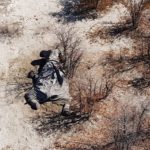 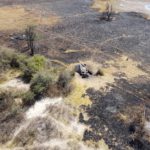 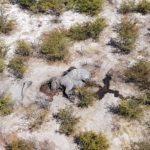 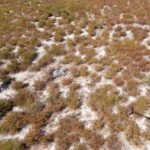 The images are just a glimpse of what these guys encounter when they go out flying for research. Sometimes they find 3o, 40 even 50+ elephants slaughtered with just a few Mopane branches covering the carcasses. Very disturbing and very sad!

Help support the efforts of Elephants Without Borders by donating.

DONATE TO ELEPHANTS WITHOUT BORDERS

About the Author: Dimitry Berg

A Life-trepenuer™, an award winning creative guru, and a high performance purpose coach, Dimitry has developed one of the most unique programs and podcasts to conquer all of your lifestyle needs. From Health & Wellness to Mindset & Heartset, DimitryBerg.com will be your one stop resource to living a fulfilled, balanced and abundant life. 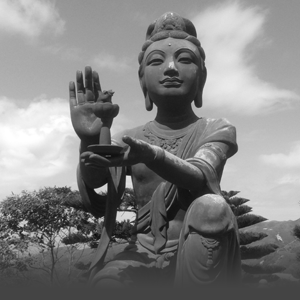 Join over 100,000 people who already receive information that elevates their lives. 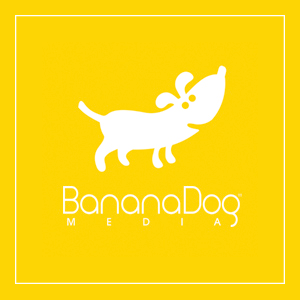 Get New Videos Each Week

A Life-trepenuer™, an award winning creative guru, and a high performance purpose coach, Dimitry has developed one of the most unique programs and podcasts to conquer all of your lifestyle needs. From Health & Wellness to Mindset & Heartset, DimitryBerg.com will be your one stop resource to living a fulfilled, balanced and abundant life.